Interview with a GM - Simon

By Mark Cunningham June 12, 2021
Hi Simon as one of the three GMs for the inaugural games in venue as we restart Face to Face after this COVID mess, I thought of a bit of a mini interview on you.

I started with Holmes Blue Book Basic D&D. I soon moved on to mainly RuneQuest and Traveller. 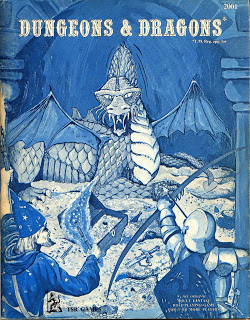 Creating characters and trying to figure out how to run or play adventures that weren't dungeons.

I'm really into world creation and tinkering with mechanics, so naturally gravitated to GMing.

I like thinking about the setting and developing it in my head, working out what the threats are and what's happening behind the scenes. I like working with the players to create interesting characters that are capable and cool.


There are two main pitfalls. One is planning out a plot and trying to guide things in a specific direction, instead of letting the player's choices drive the direction. The other is letting the players flounder aimlessly, this is usually because you've fallen into the first pitfall and are waiting for them to do the 'right thing' or find the right clue, etc, to progress the plot. Pre-plotted edventures can be fun and I fall back on it occasionally, but IMHO it's very much gaming with the training wheels on.

What was the most memorable part of the sessions you GMed

When I had the feeling that the players were driving the action and I as GM was along for the ride, like surfing a wave, only just keeping on top of things.

I don't have the time or commitment to write a novel or a screenplay, but you can get 80% of the reward from 1/00th of the effort by GMing. Plus you get surprised by the players, and get enormous satisfaction if they enjoy the game.


Thank you Simon, I hope to see you Face to Face on the 7th.