By Mark Cunningham June 09, 2021
Right you have some kick ass or even a one shot brief interlude NPC, great. So like the grand puppet master you have to make it dance.

One of the ways to make a NPC dance is to include them saying and linking in anecdotes.

What is an Anecdote?

An anecdote is a very short story that is significant to the topic at hand; usually adding personal knowledge or experience to the topic. Basically, anecdotes are stories. Like many stories, anecdotes are most often told through speech; they are spoken rather than written down.

Anecdotes, like other forms of stories, are common and highly effective devices found throughout literature, film, television, theater, and even real life, so include them in your RPGs. Anecdotes make conversations or dialogue more personal and interesting. Usually, they are employed in a way that will make the players laugh or think more deeply about a topic.

Picture a mother and a father discussing whether or not to get a dog for the family. The father says:

You know, when I was a kid, my dog was my best friend. My childhood was better because of him.

The mother contemplates his story—a.k.a. his anecdote—and then agrees that they should get a dog.

Sometimes anecdotes are funny or effective because they interrupt an important moment. Imagine a big wedding dinner on a TV sitcom. The best man is giving a speech, when suddenly another guest, clearly drunk, stands up and yells:

That reminds me of a wild party I went to with the groom, before he got that new ball and chain! If you had told me back then that he would choose just ONE woman, I never would have believed it!

The audience laughs at his drunken anecdote, while the bride looks at the groom in anger. Here, the anecdote brings both humor and tension to the moment.

Anecdotes can be as simple as a relative joke. Picture a group of friends discussing their Halloween costumes for this year. One friend says:

I was an owl last year—it was a real hoot!

Her friends groan and giggle. Here, the anecdote is told just to bring laughter.

Sometimes anecdotes can bring up the past while also foreshadowing the future.

In the movie, The Lord of the Rings: The Fellowship of the Ring, Gandalf shows the Fellowship the mines in Moria, where they tirelessly mined for Mithril, a valuable metal. He then shares a short relative story—an anecdote—about how Bilbo once had a shirt made of Mithril.

The audience already knows that Frodo now has that very shirt, thus Gandalf’s anecdote teaches the Fellowship something about Mithril while simultaneously foreshadowing that the shirt will be important in the future.

Anecdotes can be presented in an endless number of forms. Below are several typical types of anecdotes.

An anecdote that adds humour to the topic at hand. For example, two friends are arguing about driving directions. The driver tells the passenger to turn off the GPS, insisting that he knows the way. The passenger replies, “oh, like the time we turned it off and ended up out in the middle of that cow farm?!” We then see a flashback of their car surrounded by loudly mooing cows.

A story that remembers something general about the past or a specific event, expressed in ways such as “that reminds me of…”, “when I used to…”, “I remember when…”, and so on. For example, a child asks her grandmother for $2 to buy candy at the store, and the grandmother says, “you know back in my day, all you needed was a penny to go to the candy shop! My grandmother would give me a nickel and I’d be a happy clam!”

An anecdote expressed in order to make others think more deeply about the topic at hand. For example, a group of college students are discussing the morality of lying; most are arguing that it is never okay to lie. One student offers an anecdote to the others: “what about families who lied to German soldiers, you know, about hiding Jews in their homes during World War II? Do the lives saved justify the lies they told?” The students then contemplate the validity of their prior arguments.

An anecdote that is told in order to inspire hope or other positive emotions. They are often about not giving up, achieving goals or dreams, making the impossible possible, and so on. For example, a doctor talking to a group of war amputees tells them about a soldier who came in with no hands and no hope—but left the hospital holding his newborn baby in his prosthetic hands.

Stories that warn others about the dangers or negative consequences surrounding the topic at hand. For example, a speaker is giving a talk to teenagers about the risks of using drugs. During his presentation, he reminds them of a well-known straight-A student who died of a heroin overdose a few years before; warning them that it could happen to anyone.

A quote is something that has been said by a person, not necessarily a story. Sometimes, quotes are used as anecdotes, which leads some to wrongly use the terms “anecdote” and “quote” interchangeably.

Anecdotes are valuable devices because of their diversity in style, tone, and utility—they can be used by almost any person, in any situation, in any genre. Like any story shared with others, anecdotes serve countless purposes and make situations more interesting for both the characters and the players. An anecdote is a timeless device that has been benefiting storytellers for centuries. 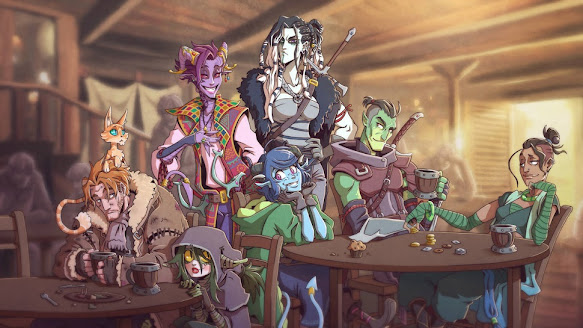