Within RPGs what is Theme?

By Mark Cunningham June 05, 2021
One of the first questions to ask upon hearing an upcoming game or even an ongoing game, “What’s it about?” or “What’s the point?”
Short answers may range from confusing genre with Theme, but can include: 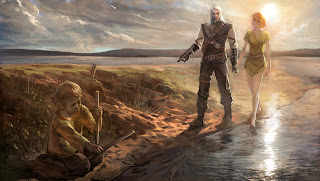 A few more examples:
The central idea, topic, or point of a RPG story or narrative is its theme.
As can be seen from these examples, themes can range widely from ideas, as large as love and war, to others as specific as the relationship between humankind and technology.

Just as a life is not constantly immersed in love, the pursuit of knowledge, or the struggle of the individual versus society, themes are not always constantly present in a RPG story. Rather, they weave in and out, can disappear entirely, or appear surprisingly mid-game. This is because there are two types of themes: major and minor themes.

Minor themes are, on the other hand, less important and less enduring. They may appear for part of the narrative only to be replaced by another minor theme later in the narrative. They provide discussion points for a session or two, but do not colour the entire game.

The Importance of Using Theme 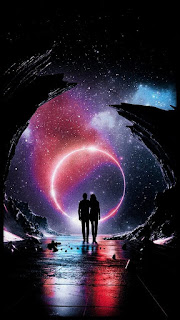 The importance of using theme in narrative is unparalleled. The theme is the underlining idea a GM is trying to convey to their players. A story without major ideas for the players and their character to experience, think through, and learn from is not a story at all. A story, by its very nature, must have a theme, sometimes many major and minor themes, all throughout.
Themes are the ideas book clubs, poets, playwrights, literature students, film enthusiasts, movie-makers, and creative writers mull over in-depth. They are the meaning behind the entire story, the deeper reasons that the story has been written and shared.

Because themes encompass main ideas in a narrative, they have many similar elements which do similar things for a narrative. Here are a few examples:

“And the moral of the story is…” As many fables and tales go, morals are a necessary element. They are the main message or lesson to be learned from reading a cautionary story. Although themes and morals are both major ideas in a story, they are different in that themes do not necessarily serve to teach a lesson, whereas morals always do. A theme is simply an idea to be examined, whereas a moral is a clear lesson to be learned.

Motifs work in a story to emphasize the theme, and for this reason, is sometimes confused with the theme. Motifs are recurring images, objects, or ideas that highlight the theme.
A motif is a symbolic image or idea that appears frequently in a story. Motifs can be symbols, sounds, actions, ideas, or words. Motifs strengthen a story by adding images and ideas to the theme present throughout the narrative.
Some examples of how motif works with theme:
These motifs emphasize greed with images of money, thrifty actions, and materialistic purchases.
Whereas the theme is a larger idea, the motifs are smaller elements of a story which repeat in order to reflect that idea.

The Importance of Motif

Whereas themes hover above a story as ideas, motifs dive into the depth with clear and repetitive images, ideas, and symbols throughout. In their repetition, motifs emphasize what is most important about a story.
Motifs provide compositions with a traceable pattern: if a red dress or the idea of guilt or a weather phenomenon continues appearing throughout a narrative, chances are, it means something. Motifs allow GMs to create a more structured narrative, cluing in players to symbols of larger ideas. Motifs are partners to themes, as repetitive images and symbols emphasize the overarching themes of the work.
When defining motif, other literary devices often come into play, such as symbols and themes. Here are a few devices similar and related to motif:

Symbols refer to any images or objects that symbolize a larger idea or theme. A rose can be a symbol of romance or the colour green can be a symbol of jealousy. The difference between a symbol and motif is small and simple: motifs are symbols that recur throughout a work. Whereas a symbol can stand alone in one isolated scene or sentence, motifs by definition must repeat throughout a game.

Just as symbols fit within the definition of motifs, motifs are a smaller aspect of theme. Themes are overarching, central ideas in stories. Motifs serve to emphasize themes with specific images and symbols throughout the story. Here is an example of how themes and motifs work together:

Themes are the ideas that run through narratives, enlivening them with deeper meaning to be found in real life and fiction alike. They create stories that are not dull but compelling and emotional.