Interview with a GM - George

By Mark Cunningham August 30, 2021
Hi as one of the four GMs for the October Rotation in venue, I thought of a bit of a mini interview on you.

I started playing RPG's in school, GURPS and 3.5 DnD.
We were young and it was a chaotic mess where we barely understood the rules... but it was the stepping stone to better games later. 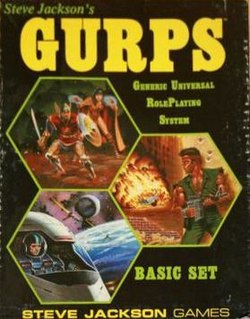 The most memorable part of those sessions, and any session in RPG games really, is the memorable story beats.
Whether it's something the GM has been planning, a player throwing a curveball or a combat round creating a story: all exciting stuff

I started GMING recently, just last year. My resident 'forever DM' was getting burnout so I stepped in for some oneshots

Oops, I answered this in the last one. I started last year properly, there might have been a casual game I ran one session of much earlier... but since I can't remember it doesn't count!

I'm a big DnD person, though I intend to branch out one day I want to really 'master' running a game in the system most people are comfortable in

Having people get invested and enjoying the world, story and combats you've built is immensely satisfying.
The pitfall of course is you have to bear in mind that this world and story is doomed to change, completely, the moment players touch it... it's bad you get overly attached

I normally veer away from puzzles, pure dungeon crawls and traps in my games... just not my style.
So I remember well adding a simple magical puzzle involving stasis runes carved into a stone wall.
A canny dwarf player decided instead to get his stone tools out and carve the bits of the wall with the runes free: he carried the things with him through the whole session repeatedly laying the trap out for any enemy he could. It went wrong eventually, but threw me utterly (in a good way)

'The Spoken Night' is a campaign set in a homebrew world I've had for a while, though a new region.
The party forms for a routine job and (predictably) things rapidly escalate out of control.
A strange... group... arrives with an agenda that can't be ignored; dealing with that opens up a rabbit hole I'm looking forward to seeing a party go down.

With a style that (so far) I find tends toward a story focus, and very marginally less frequent but often challenging fights, with GMing I enjoy creating a world and seeing people interact with it, plus being the one controlling all the monsters