Interview with a GM - Richard

By Mark Cunningham November 05, 2021
So to continue in the theme of interviewing each GM, we have up next Richard.

Started with Live Role play when i was 14 i think and played for a few years, then attended a pen and paper game a couple of years later for one night.
Didn't really get back into it until i was 25 and have been playing ever since.
Larping was at Chislehurst Caves and woods in Sidcup.
First pen and paper would have been D&D but no idea on which version, from 25 it was a Star Wars game. 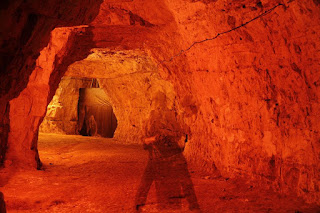 There's been a few but one that sticks in mind the most was playing a character whos tongue had been removed.
This meant i had to act or draw out my plans when i was trying to communicate with the other party members.

I wanted to recreate some of the world from the Larp days so felt i would try and bring it to the table.

On and off for about 10 years

Predominantly my own, but recently 5e DnD

Creating a throwaway name, for them to only become the main antagonist for the next 2 major campaigns

Wasn't planning to run, so its a mismatch of adventures that i am trying to tie together

What do you get out of GMing