With the disappearance of the archangel Avacyn from the shadow plane, humanity becomes the universal prey when the light fades and the moon rises. 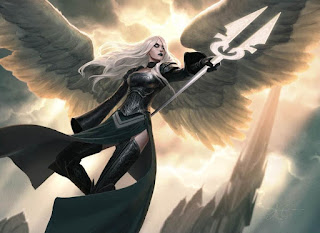