Interview with a GM - Marco

By Mark Cunningham January 27, 2022
Hi as one of the four GMs for the April Rotation in venue, I thought of a bit of a mini interview on Marco.

I started way back in 1980 playing 1st Edition AD&D 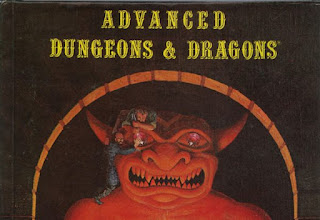 Spending lunchtimes meeting up by a copse of trees with fellow geeks. I remember being more than a little fast and loose with rules and rolls but feeling happy being allowed to be me!

For about 14 years (but with BIG gaps in between!)

I am a monogamous AD&D guy. I have GM’d 2nd edition and 5th edition

Having the ability to create something that people look forward to is a great pleasure. Its hard work at times but so worth it

The pitfall (other than not being able to play the game yourself!) is that it takes more work than you realise. Several days of effort for an encounter that might be over in 30 minutes! Still worth it though

I think a session where the party were taken to another plane and could only return once they had provided a creature with an answer to a riddle. Those who answered early were rewarded with a trip back to their own plane but straight into a battle. Cue half the party getting battered praying their front line fighter would manage to work out just one of the increasingly simple puzzles! Was great to see that despite the frustration, everyone around the table was laughing!

It is set a year after Giants have invaded and taken over the land. Giants of different types working to an unknown common goal for reasons equally unknown. The party, part of a resistance movement that has tried to find a way to beat these impossible odds, finds help from an unlikely source and a battle against time, evil (and giants!) ensues.

What I get from it is a feeling that I am contributing to the club. I would love to play all the time but if we all did that, there would be no games! I do enjoy the planning as well and always like to create my own campaigns rather than take one from a book. I like the freedom that gives me.