Within RPGs what is Plot?

By Mark Cunningham June 06, 2021
Right we has talked about Genres and Themes, so what is the plot? 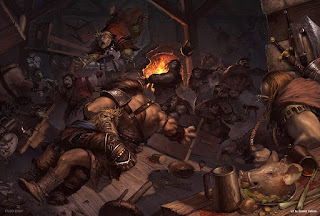 A plot is the sequence of events that make up a story. The plot is the story, and more specifically, how the story develops, unfolds, and moves in time.
Many people use outlines which to create complex plots. In a campaign, an outline is a list of the scenes in the plot with brief descriptions. Like the skeleton is to the body, an outline is the framework upon which the rest of the story is built when it is written or played. In RPGs, outlines are used to help organize ideas that connect to each other in sensible ways.
Plots are typically made up of five main elements:

At the beginning of the story, characters, setting, and the main conflict are typically introduced.
The exposition of a story is the first part of the game in which the characters, setting (time and place), and basic information is introduced. These scenes allow the players to understand where the story is taking place and who’s in it.
Expositions are the place to show the reader a little bit of the location and what kind of time is involved in the story, along with some of the major characters.

Prologue is also used to fill this criteria. This prologue or backstory sets the story by giving a description of events that have affected or lead the main character up to the present time in the story. It will also show other characters and perhaps the antagonist.

The introduction is the opening game that gives the topic and what will be said about it. Additional information may be the thesis and a preview of the main ideas. To introduce the topic, an interesting fact or short story may be given.

The story may start with the character in his or her present time, showing the time and place (setting) at that moment. Then the protagonist (main character) may have a flashback or have an inner monologue (speaking to him- her-self) that shows the reader a previous event which impacts the story or is the cause of a later conflict along with the possible antagonist.

Another way of creating the exposition is through characters talking to each other. They may discuss previous events, issues that impact the story, and other characters. This conversation clues us in as to the where, when, and who.

The scenes are relevant past events that are needed to pick up the next story line.

The Importance of Exposition

Exposition is important in a story because it allows the reader to see the location and factors of time, such as season, year of life, etc. It also introduces the characters. Without an idea of where and when the characters are, readers will be confused about why certain events are happening. Without a clear idea of how the characters are connected, readers may be confused, as well. The exposition is like that introductory paragraph in an essay – players need to know where the story takes place and what characters they’ll be following.
The exposition is an important part to any narrative or tale. A clear description of the setting and introducing characters will make your story easy to follow and much more interesting. Without it, players will not have a context or understanding of events as the story unfolds.

The main character is in crisis and events leading up to facing the conflict begin to unfold. The story becomes complicated. 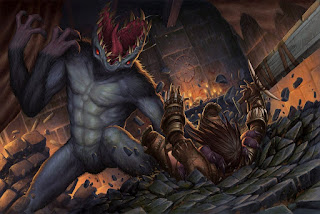 Climax is the high point of a story. Without climax, a story lacks excitement or an overarching meaning. Climax is considered an absolutely necessary element of plot.
Climax is the highest point of tension or drama in a narratives’ plot. Often, climax is also when the main problem of the story is faced and solved by the players.
At the peak of the story, a major event occurs in which the main character faces a major enemy, fear, challenge, or other source of conflict. The most action, drama, change, and excitement occurs here.
The climax is considered the most important element of the plot. It contains the highest point of tension, drama, and change. The climax is when the conflict is finally faced and overcome. Without a climax, a plot does not exist.

The climax is marked by the protagonist facing the conflict and prevailing. Oftentimes, this makes for a dramatic and compelling scene. The anticlimax, on the other hand, allows the protagonist to overcome the conflict, but through seemingly trivial means. Whereas climax often requires change, effort, and drama, the anticlimax lacks all three and anticlimactically ends the story.

As is shown in these examples, both climax and anticlimax rid the protagonist of the problem. Climax, though, is more exciting and challenging, whereas anticlimax is trivial and often disappointing.

It may be argued that any composition must have a climax in order to be interesting or compelling. A story without a climax lacks emotion and change, which are the very things we yearn for in art. Climax is an essential element of plot in RPGs.

The story begins to slow down and work towards its end, tying up loose ends.

The resolution, also known as the denouement, is the conclusion of the story’s plot. It’s where any unanswered questions are answered, or “loose ends are tied.” A story with a complete ending is said to have a strong resolution.
Plots, also known as storylines, include the most significant events of the story and how the players characters and their problems change over time.
The resolution allows a story to end without trailing off or leaving the player confused or unsatisfied.
If a story ends weakly or feels as if it hasn’t ended with the players left feeling discontent, confused,     or even betrayed by the GM. Although not all denouements or resolutions are happy or satisfying, they should allow the player to feel as if the story has come to a proper conclusion. This is why the resolution is so important: a story must have a clear beginning and conflict, rising action, exciting climax, falling action, and lastly, a clear ending.

Not to be confused with Climax

The resolution, or denouement, is a necessary component of any good RPG. Just as stories need interesting beginnings and exciting events throughout, they need strong endings which tie together the plot and leave the players feeling finished.

There are many types of plots in the world! But, realistically, most of them fit some pattern that we can see in more than one story. Here are some classic plots that can be seen in numerous stories all over the world and throughout history. 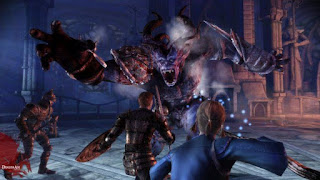 The protagonist must defeat a monster or force in order to save some people—usually everybody! Most often, the protagonist is forced into this conflict, and comes out of it as a hero, or even a king. This is one version of the world’s most universal and compelling plot—the ‘monomyth’ described by the great thinker Joseph Campbell.

Examples: The Count of Monte Cristo, Cinderella, and Jane Eyre.

The protagonist embarks on a quest involving travel and dangerous adventures in order to find treasure or solve a huge problem. Usually, the protagonist is forced to begin the quest but makes friends that help face the many tests and obstacles along the way. This is also a version of Campbell’s monomyth.

Examples: The Iliad, The Lord of the Rings, and Eragon

The protagonist goes on a journey to a strange or unknown place, facing danger and adventures along the way, returning home with experience and understanding. This is also a version of the monomyth.

Examples: Alice in Wonderland, The Chronicles of Narnia, and The Wizard of Oz

A happy and fun character finds a happy ending after triumphing over difficulties and adversities.

The protagonist experiences a conflict which leads to very bad ending, typically death.

Examples: Romeo and Juliet, The Picture of Dorian Gray, and Macbeth

The protagonist is a villain who becomes a good person through the experience of the story’s conflict.

Examples: The Secret Garden, A Christmas Carol, The Grinch

As these seven examples show, many stories follow a common pattern. In fact, according to many thinkers, such as the great novelist Kurt Vonnegut, and Joseph Campbell, there are only a few basic patterns, which are mixed and combined to form all stories.

The Importance of Using Plot

The plot is what makes a story a story. It gives the story character development, suspense, energy, and emotional release (also known as ‘catharsis’). It allows a GM to develop themes and most importantly, conflict that makes a story emotionally engaging; everybody knows how hard it is to stop watching a movie before the conflict is resolved, just put that into your RPGs.

By Mark Cunningham May 16, 2021
As there is a light, and no its not over at Frankenstein's Place, but is the glimmer of in Real Life Tabletop Roleplay Games on Wednesday nights from 7pm at 8-10 Glanville Rd, Bromley BR2 9JA. I thought it prudent to highlight the games that will be running: Wyld - inspired by ancient Celtic and Germanic myth and legend from the European Iron Age. The Legend of The Moon Underwater - D&D 5E, Starting Level 10, ending level 17ish Lyre Lyre Pants on Fire - a group of not adventurers bragging and telling stories about their exploits to earn coin/beer/bed So how does this sign up system work? Well gone is the shared google sheet - yay I hear you cry Instead there is a form , dun dun dunnnnnn All you need to do is enter your name and select a minimum of two games you would like to play (you can select them all). How it works: Each member selects number of games being run -1, ie in this case three games are being run so you selected a minimum of two games you would like to play.  Th
Post a Comment
Read more

Votes are in, dun dun dunnnnnn