Within a RPG what is the Setting and is it important?

Right we have talked about Plots, Genres and Themes, so what is the setting?

Setting is the time and place (or when and where) of the game. It is usually introduced during the exposition (beginning) of the game, along with the characters. The setting may also include the environment of the story, which can be made up of the physical location, climate, weather, or social and cultural surroundings.

There are various ways that time and place indicate setting. Time can cover many areas, such as the character’s time of life, the time of day, time of year, time period such as the past, present, or future, etc. Place also covers a lot of areas, such as a certain building, room in a building, country, city, beach, in a mode of transport such as a car, bus, boat, indoors or out, etc. The setting of a story can change throughout the plot. The environment includes geographical location such as beach or mountains, the climate and weather, and the social or cultural aspects such as a school, theatre, meeting, club, etc.

A simple example to understand setting is the Disney movie “Cinderella.” The setting starts out as

Time: Cinderella as a young girl, long ago in the past

Place: Cinderella’s home in a kingdom far away

After her father dies, the time aspect of setting changes, skipping roughly ten years into the future. Understanding this change in time helps in keeping up with the story.

Time: Cinderella as a young woman, long ago in the past

Place: Cinderella’s home in a kingdom, in her bedroom and in the kitchen

There are two types of setting, each having its own purpose.

The story/game is timeless and can happen at any point in history or anywhere. The focus is on the lesson or message being delivered.

Many fairy tales and children’s stories have backdrop settings. “Winnie the Pooh” would be an example. Since the lessons that the characters learn is the point rather than the time period, it’s hard to tack a “past, present, or future” on the time aspect of the setting. It could also be any town or country, which means children anywhere can relate to it.

For RPGs a Backdrop Setting, is rare as time and place is typically important to roleplay.

With an integral setting (integral means to be a part of or important to), the time and place are important to the story. For example, a story/game dealing with a historical setting will have a direct impact on the plot. A game that happens in the 1800s will not have technology, so the characters will have to write a letter, ride a horse or take a carriage to visit each other; they cannot travel long distances in one day as we do now with cars, buses, and planes. This will have a direct impact on the events of the game, especially if there is distance involved.

The Importance of Setting

Setting gives context to the characters’ actions in a story line. It can also create the mood (how the players feels). It’s easier to understand why the characters in the RPG are doing what they’re doing when we know where the they are. The time of day, time of year, and ages of the characters will also affect how they act and what they say.

All forms of RPGs will have some form of setting; even backdrop settings have an age range of the characters, which is part of time, and a location, either indoors or out, for example. Without a setting, Players cannot follow a RPG plot.

Environment is the physical location. It includes conditions such as the geographical properties (water, sand, mountains, etc.), the cultural and social settings (school, place of worship, community, business, museum, theatre, etc.), and weather or climate (storm, rain, sunshine, desert, mountain range, plains, etc.). Most times, environment plays a large part in the setting of any RPG. 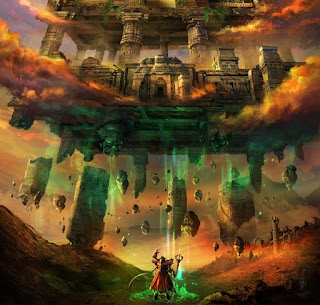 Setting is an important device that is often taken for granted or easily misunderstood. Creating clear depictions of time and place in a RPG creates mood and moves the game along. Without setting, the plot line would be confusing and boring. A key element of a strong setting is using descriptive details, pulling on the players senses.